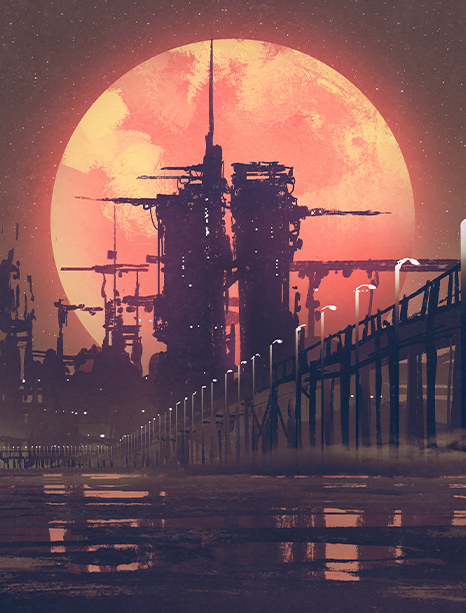 XX year
The earth has endured an unprecedented natural crisis due to a sudden, massive
crustal movement scientists named the “Gaia Bang”.

Since the Gaia Bang, twenty years have passed.

After numerous conflicts among nations, inevitable over a time of such upheaval, the
world has returned to some semblance of normal.

Active during these conflicts were men and women who retained the blood of the
ancient Ninja, whose tales were passed down from generation to generation, like fairy
tales, and whose powers and influence had been long thought to be extinct.

Their powers, awakened by the Gaia Bang, can only be deemed supernatural.

Silent Movement, Creation of Wind and Flame, Manipulation of Earth and Water,
Dropping of Thunder, and Creation of Fantasy Worlds.

Personal information sent to us will be handled in accordance with our Privacy Policy.
We will not use this information for purposes other than to respond to your inquiry.
We will not provide your information to any other party without your consent.

Company created by Mizuchi.
Mizuchi’s right hand man, Jacob, head of research into Artificial Intelligence, had a best friend with a terminal illness. In order to preserve at least a part of this friend after death, Jacob fused his friend's brain power with his own using microchip technology. With this doubled brain power came a doubling of intelligence, perception, reaction, rational thought, logic, and with all of this, ambition.
With this overpowering brain function, and overpowered by his own ambition, he topples Mizuchi, imprisons him, and takes over as president of Adler.
Using nanomachines and drone droids, The Adler Corporation works to build a society in which people can be fully and completely monitored and controlled at every moment.
As Adler has built a reputation as an upstanding global citizen, deterring crime and protecting people from physical threats, after Gaia Bang the company is allowed invited to take control of all police and military aspects of the post Gaia Bang world.
The Adler compound is comprised of a veritable city, built upon the sea waters, and is an impermeable fortress guarded by the elitist of elite security.

The Alvida Corporation produces popular entertainment and diversion such as casinos and live music, and is a universally popular, widely-loved corporation among the common people
Unlike the other two dominant companies of The Triad, it hires people from among the poor as its employees, and thus has earned the trust and even admiration of the public.
Although The Alvida Corporation is a clean company on the surface, in reality it is involved in illicit narcotics as well as the conducting of live human medical experiments

The Eden Corporation took over the supply of earth after the Gaia Bang and also invested in the war itself, helping to bring it to an end. Many considered the corporation to be heroic for its role in the war, but in reality, it is Eden that caused Gaia Bang in the first place, to provoke a war and profit from it.
This in turn caused the return of the Ninja, and the birth of NINJA MASX.